In the Name of the Father

The father of all fathers, the Dyḗus ph₂tḗr, has his fundamental attributes held within Dyḗus/Dyews. Many of these attributes embedded within the word itself in an esoteric fashion. The word appears to be a contraction of an ancient compound which has a variety of related aspects associated with the attributes of later cults.

The first factor is the initial dental within Dyḗus, of which there are three forms the term holds within it. The first form is Deh₂ or dā, and this means to divide. The second is De-, which is a demonstrative stem, and is used at the base of preposition and adverbs; creating words such as “to” in English. The final form is Deh₁ or dē, which means to bind.

The second factor is -yḗus/-yews. There are about four related factors, all tying into later cultic aspects, which we will have to do a deeper dive into:

The first is yeu-/(h₂)yeu-, which is defined as a vital force, vigor and youthful energy. This root yeu-/(h₂)yeu- is shared with aiw, which itself derives from the root ā̆i- meaning to burn or to shine, becoming ai̯os, which is to mean the light of day, morning. It is also where the words aion and eon, for eternal/perpetual time derives. There seems to be some amount of metathesis and different a-coloring of the vowel between aiw and yeu. Pokorny has this root set as i̯eu, which is the same root for the word yoke and yoga, yielding an additional action of joining or yoking together of a thing and another thing. Interestingly, Pokorny likewise has ei as the root of the word yeh₂r which becomes year, which may confirm the aforementioned metathesis and a-coloring to the vowel, as the association with time is of note here.

The second is yewes/i̯eu̯os, which refers to law, and the pronunciation of ritual formula. Implying that there is an order, or specific structure to the speech of the deity, and that the deity is a judge and a ritualist. We can take this to mean that the deity is the one who judges and established an order that is created, and like in certain tales, seems to speak it into being.

The third is yewo/i̯eu̯o, which refers to a grain, which is most likely barley, being a common grain in the region, and a frequent offering to the skyfather in many different cultures. It implies the quality of growth, and life, which is one of his fundamental features, given that Dyḗus/Dyews refers specifically to the heavens during the day; the sun as the primary object, being the fundamental force of growth. In addition to this, the word yeuə/i̯eu means to mix or blend food, surely referring to the blending of grain.

The fourth, is yeh₂-/yā, which means to seek, request or desire. It is the origin of the word yeh₂g/yag, which means to worship, or to sacrifice. In the ancient Vedic sense, this was usually by way of a sacrificial fire and was done at specific points during the year, according to cultural mandates. The word yeh₁/yē, means to throw something or impel one to do something, and in the ritual sense, the offerings of a deity were traditionally thrown into the ritual fire to implore the deity to do something. Such is the case with the agnihotra, homa/haoma and havan fires.

Through the analysis of these words and the name of the deity, we can discern that Dyḗus/Dyews holds a much deeper emphasis on the nature of the deity, rather than simply a word for the sky or heaven. The deity was not some distant operator, the deity is the operation itself and was intrinsically linked with the reality the ancients experienced.

With regard to the context of the deity, it refers to the light and movement of the sun and of heaven itself, which the ancients were well acquainted with. The deity is the judge of the world-law, which constitutes that movement of sun and heaven. He is conductor of the ritual of reality, and like the deity, the ancients developed intricate systems of ritual. Primarily based on the divisions the year, which are bound or joined together in a specific way as the seasons. To them, this was eternal, and the deity established all features of the world, putting them in their proper place, governing all.

This governance can be readily seen through the term ph₂tḗr, which derives from peh₂-, meaning to herd, protect and nourish. As a father herds, protects and nourishes his flock and family, so too is the order of reality is herded, protected, and nourished by the deity. On earth as it is in heaven, if you will.

The name of the father says it all, and so much more.

Article reposted with permission from https://clintonmcmillan.com/2022/08/15/in-the-name-of-the-father/

The Great Sun, generated by Clinton J. McMillan through Midjourney. 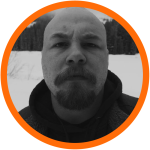 Theological analysis on pagan myth, mysticism and ritual through the lens of linguistics and deconstruction.

Type to search or hit ESC to close
See all results